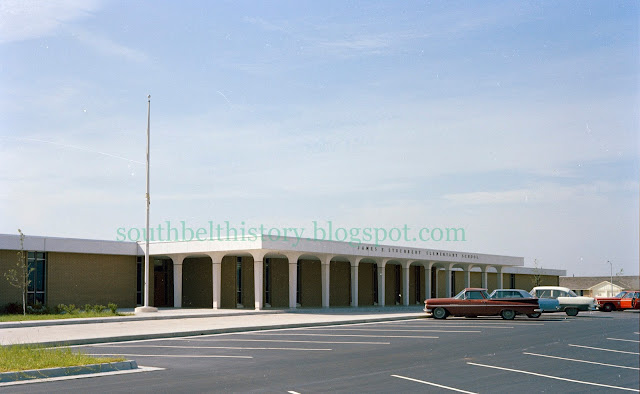 James. E. Stuchbery Elementary School in 1967, the year of its opening

Stuchbery Elementary has been a staple in the South Belt community for half a century.

This Wed., Nov. 29 from 6-8 p.m. in the cafeteria, they will hold a 50 year celebration and dedicate a wing of the school to Shirleen Lipsey, beloved teacher at the school for more than three decades.

The namesake of the school never really went by "James E."  He was affectionately known as "Stutts" by those who knew him.

He started the band program in Pasadena I.S.D. in 1935, with his wife, "Aunt Ril" by his side and retired from P.I.S.D. forty years later in 1965. He was present at the dedication of the school named in his honor. 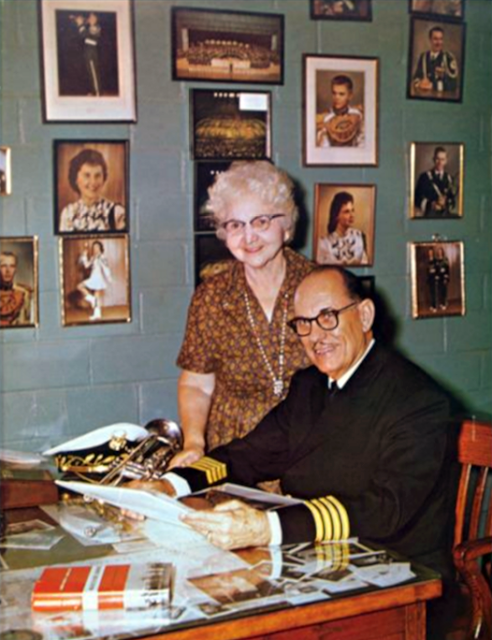 James E. Stuchbery, better known as "Stutts", was born October 6, 1894. He was introduced to music at the early age of 12 when he acquired a "fiddle" and joined a mandolin club. From those early days with stringed instruments, his interest broadened to the brass and he was inspired to move on to bigger things. He left home at age 16 to join a circus band.

During World War I, Dr. Stuchbery played trumpet with General Pershing's Band, and then attended Bandmasters School in Chaumont, France, under the direction of Walter Damrosch. After the war, he joined a theatrical group and saw America from behind the stagelights, acting as well as making full use of his musical talents. It was then that he met and married Rilla McMillen, a leading lady who later became known by all of his students as "Aunt Ril".

In 1935, while playing first trumpet in the Houston Symphony Orchestra, he was asked by the Pasadena Independent School District to start a band program in the schools. He became the first band director of the Pasadena High School Band. Not having the proper credentials, he received a temporary teaching certificate from Austin while completing his bachelor and masters degree work. He led his bands to 27 consecutive state First Division ratings, plus top honors in other competitions. In 1964, he was promoted to Director of Music, and the following year he retired.

Dr. Stuchbery's career included being a member of the Houston Symphony for 11 years, and directing Houston's Arabia Temple Band for 16 years. He held memberships in the American Legion, VFW, TBA, TMEA, TSTA, ASBDA, and Phi Beta Mu. He was chosen the first Bandmaster of the Year in 1955 by the Texas Bandmasters Association, and also Outstanding Man in Pasadena, Texas by the Pasadena Jaycees in 1965. In 1968, he was present at the dedication of the James E. Stuchbery Elementary School named in his honor.

Dr. Stuchbery never really retired from teaching. He continued to clinic bands and teach private lessons until his death in July of 1978. Back in 1965, he stated in an interview with a reporter from the Pasadena News Citizen that "the only way I'll ever quit music is when they put me in a box". Indeed, the day of his death he had come home for lunch from teaching private students at a local studio when he had a heart attack and went to be with the Lord. 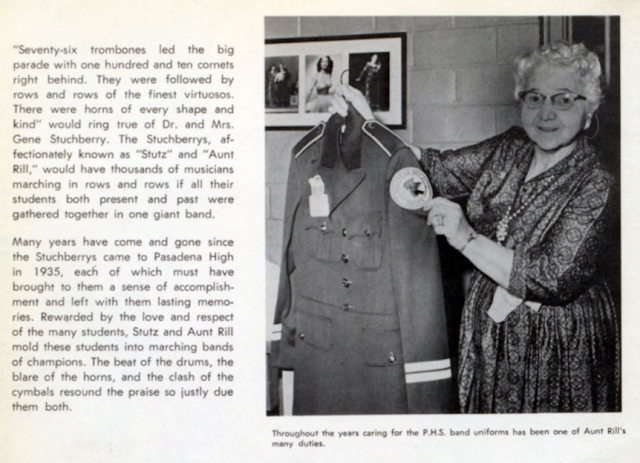