The Best Store by SITE architecture

The Best Store, designed by SITE architecture, sat one intersection off from Almeda Mall.

I was fascinated by the building as a little girl. It was so fun to imagine the stories behind what "made" the store look like that. A giant monster? An asteroid? Had it been here for centuries? How marvelous the store survived! 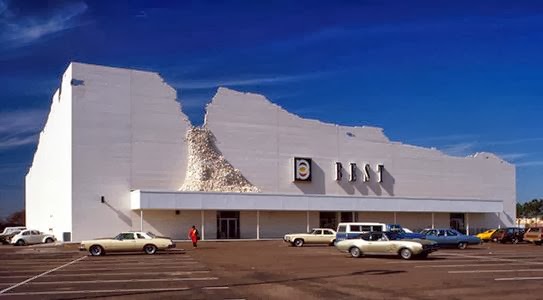 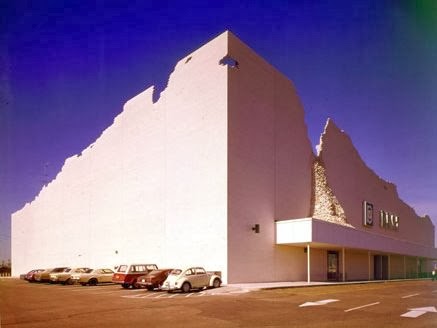 This was the second of nine buildings designed by SITE (Sculpture In The Environment) around the country that pushed at people's expectations. I never knew about any of the others until many years later.  They made a short film in the late 70s showcasing the buildings and people's reactions to them but it seems to have disappeared from the internet. This page has a number of photographs of the buildings around the country.

Here was the local coverage from The NEWS in 1975 before the building opened: 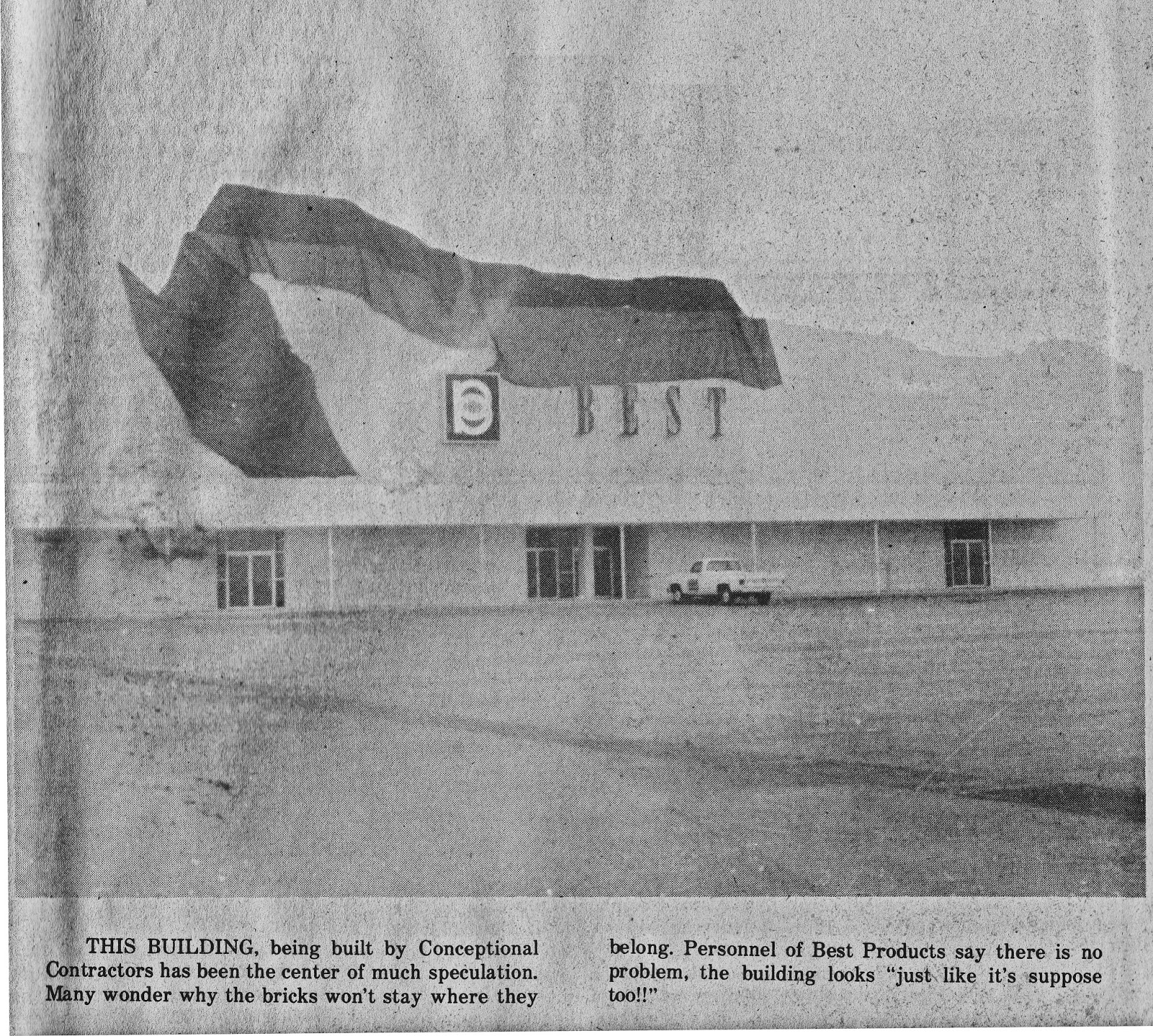 "Each of these architectural concepts treated the standard "big box" prototype as the subject matter for an art statement.  By means of inversion, fragmentation, displacement, distortions of scale, and invasions of nature - these merchandising structures have been used as a means of commentary on the shopping center strip.  By engaging people's reflex identification with commonplace buildings, the BEST showrooms also explore the social, psychological and aesthetic aspects of architecture.  This approach is a way of asking questions and changing public response to the significance of commercial buildings in the suburban environment." ~From the Site Design page here. 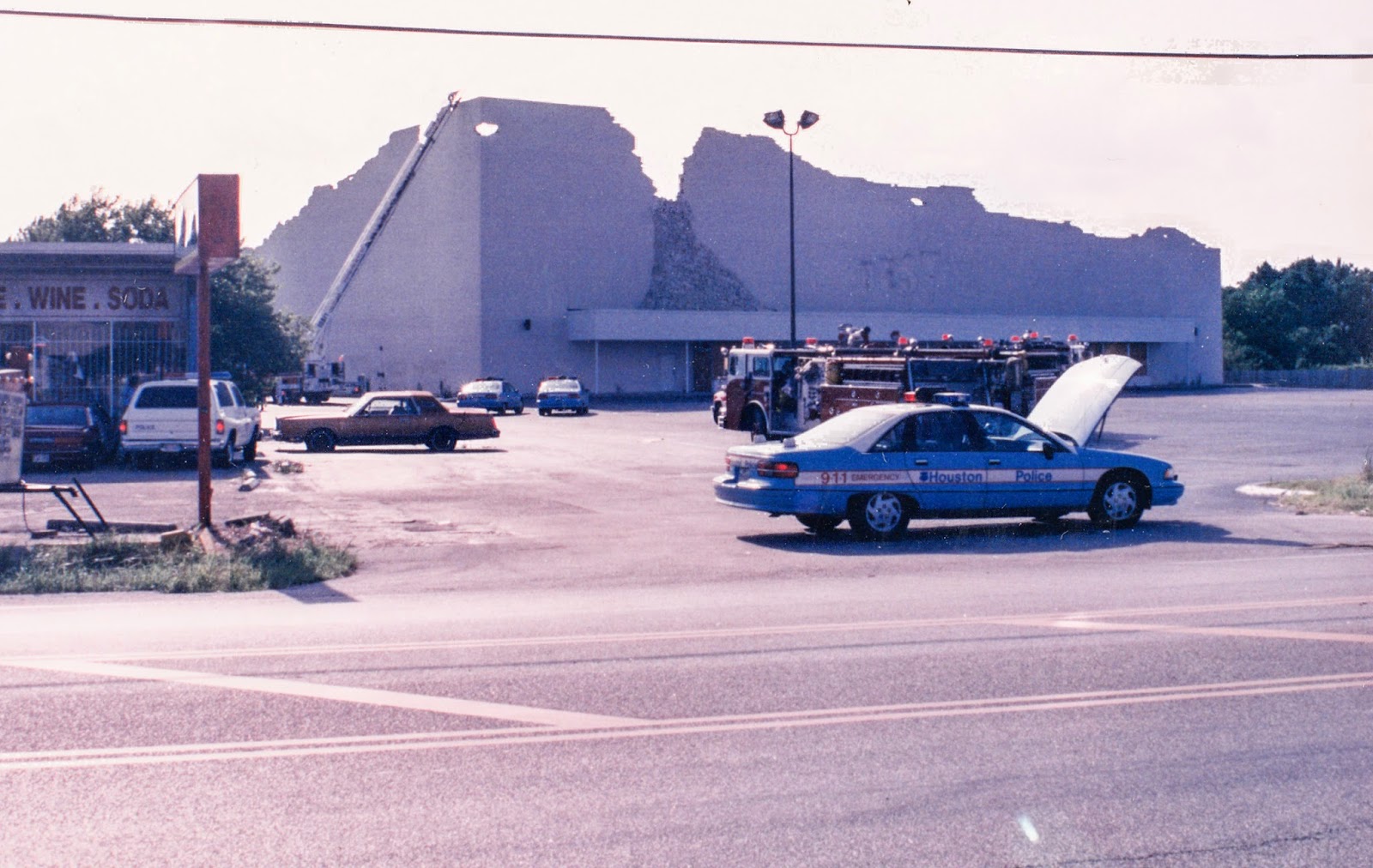 from the Leader files, after bankruptcy

Sadly, the new owners did not see any value in the structure. The facade and all its imagination was razed. This is the current site now, from the Google Street View camera 2011: 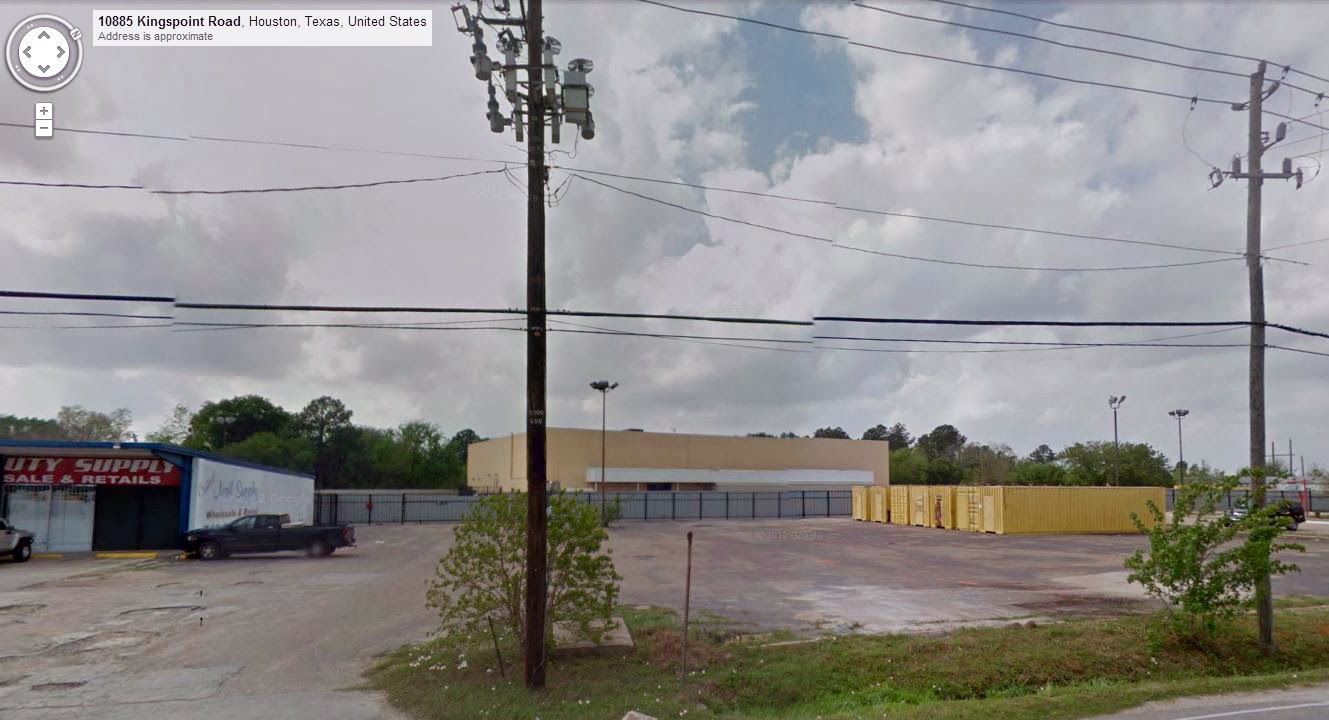